Automate the entire training assessment with our AI-powered proctoring solution, which includes multiple levels of authentication and fraud detection to ensure the integrity of assessment conducted.​ 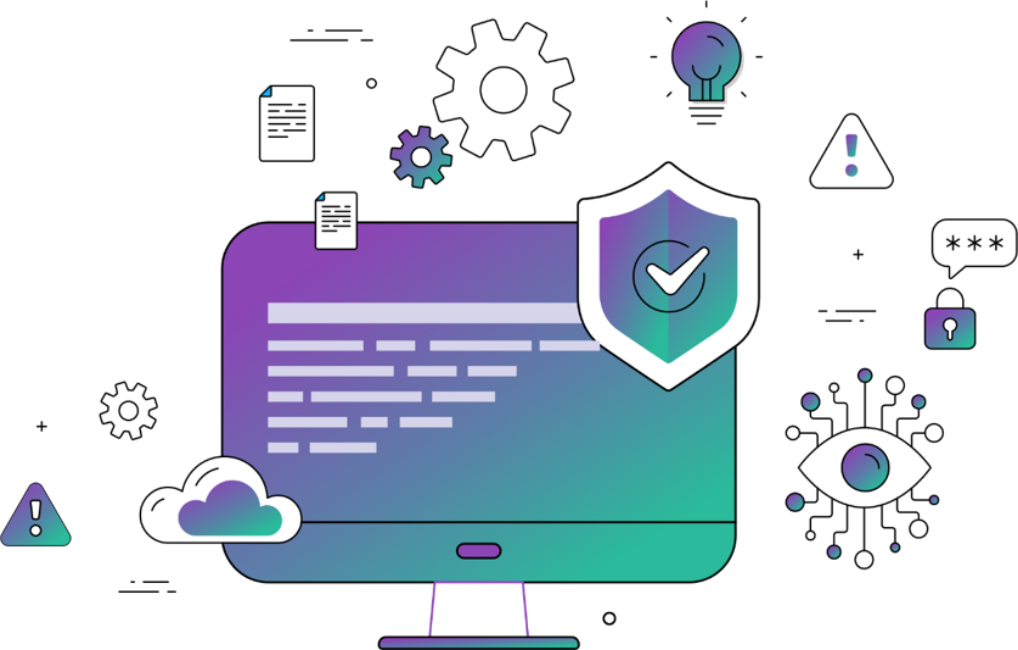 You’re in trusted hands.
Here are some of the corporates whom we operate with​

Invigilating training assessments from any location to crackdown on all sorts of aberrant behaviour and cheating instances.

Maintaining the standard of the training assessments following a strict framework. 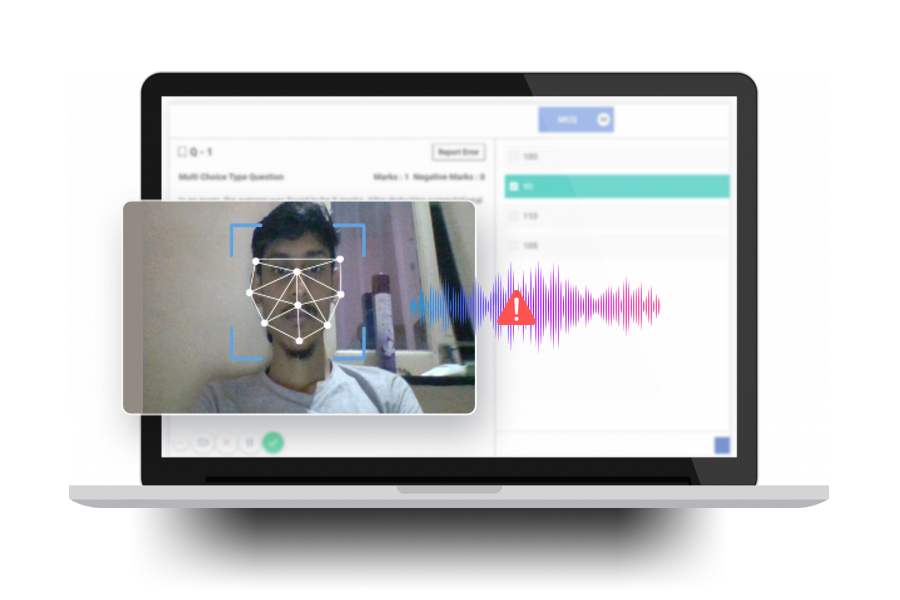 Detect Test Taker’s surrounding – Connection of any secondary device will be identified and restrict the candidate to take up the assessment.​

Movement detection – Candidates’ pictures are captured at pre-defined intervals to monitor suspicious movements, human intervention near or across the screen other than the test-taking candidate.​

Noise Detection – Captures the background audio of the test taker throughout the assessment to detect unusual sound interruption.​ 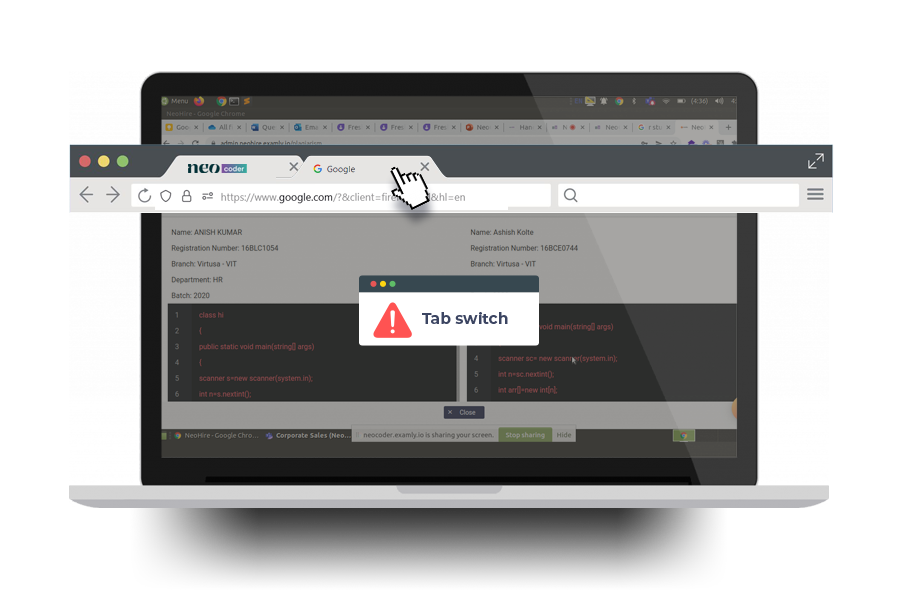 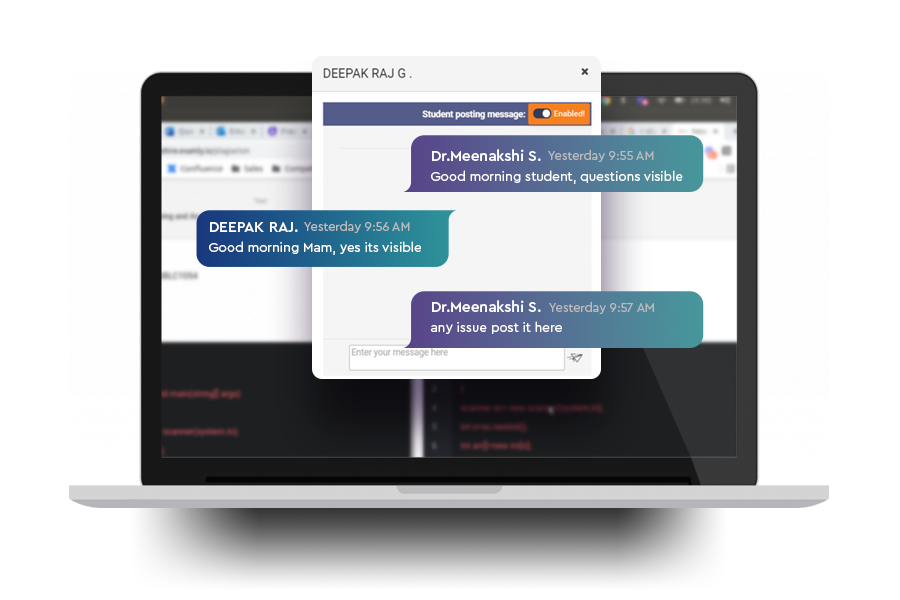 With real-time intervening capabilities, you can deter unwanted actions during assessments. Trainers/Proctors can initiate a one-on-one conversation with test takers, Connect on a video call with the candidates and assess through live screen sharing.​

​Monitor and track your candidate’s participation during assessment using our live monitoring feed.​

Calibrate each candidate’s performance by providing them with a Confidence Percentage reflecting on the extent of the malpractice undergone.​

Call for a Demo